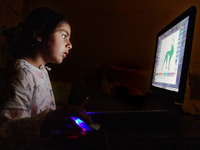 Recently, a Floridian woman was live streaming herself driving intoxicated. She says at one point “I’m so drunk” and “let me see if I can make it home without a ticket” on the live stream Periscope App on which other individuals can comment. While on this application, an officer logged on to it and located her car. She then failed the field sobriety test. She was ultimately arrested and given $500 bail.

Incidents in which individuals decide to use social media to record their criminal acts are becoming more and more common place. Putting aside for the moment the sheer stupidity of such a decision, the legal consequences of such an action are devastating. First, it should be obvious that its use gives oftentimes the prosecution rock solid evidence to secure a conviction. Secondly, it prevents your criminal defense attorney from securing a favorable plea deal due to the strength of this evidence. Lastly, and tied to the second point, it often carries media exposure which makes the prosecutor less likely to downgrade the initial charge. In short, social media has become a valuable tool for the prosecution over the last 10 years.

This begs the question as why would one do this? The answer is woven into the changing fabric of our society. We are now more than ever tied to social media, so it becomes an extension of our life. Whether it be online dating, coordinating a get-together, or looking for a new job. With that understanding, it is also a platform to get attention which is the prerogative of so many individuals, but particularly teenagers and young adults. That means social media becomes a permanent fixture in their lives. Essentially, they do not live private lives, but ones with live streaming, chats, and posting recorded videos and photos. Although all this is viewed as convenient means to socialize with others, users often forget one critical fact: everything is recorded.

From a criminal defense standpoint, the key question we ask in every case is: What can the prosecutor prove? If something is recorded, that often presents a problem for the defense when facing a criminal conviction. I often think back to what if Bill Clinton or John F. Kennedy during their college years had social media. There may not have been much of a debate if Bill Clinton inhaled marijuana, and there would likely be other indiscretions that would have resurfaced during his later years if he lived in a social media age. Nonetheless, that generation had a veil of privacy due to fleeting evidence of any such event. That is not the case with today’s young generation. They must be far more wary with the understanding that their indiscretions have a greater chance of resulting in a criminal conviction due to their use of social media. One thing is for sure, social media is here to stay and law enforcement has all the tools to access those resources in securing prosecutions. Those that use social media must use a greater degree of discretion when using such resources.