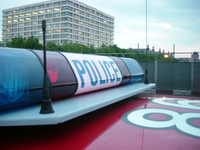 In a 6-1 ruling, the Kansas Supreme Court ruled that criminalizing the refusal of the blood-alcohol test during a traffic stop is unconstitutional. The court found that it violates the 4th Amendment to the United States Constitution prohibiting unreasonable search and seizures by the police during these traffic stops. The Court found that a person has a constitutional right to refuse such searches and not be held criminally liable for refusing the breathalyzer test. This decision could reverberate and cause sweeping reform to DUI laws across the country.

In New Jersey pursuant to N.J.S.A. 39:4-50.4a, one can be prosecuted for refusing the blood-alcohol test during a traffic stop. Moreover, that refusal charge is then coupled with a DUI charge based on the officer’s observations of the driver’s intoxicated condition. To further clarify, the State does not need a blood-alcohol test above the legal limit to convict one of a DUI. There are two ways one can be convicted for such an offense: a blood-alcohol test result about the legal limit or testimony from the arresting officer of one’s impaired condition during the traffic stop. For example, the arresting officer can testify how during the traffic stop how the driver’s speech was slurred, his eyes were blood shot, he smelled of alcohol, and he was staggering when he was outside the vehicle. The New Jersey Attorney General’s guidelines have a strict code of procedures that law enforcement must following during a DUI stop, one of which is the field sobriety test and other procedures besides the administration of blood-alcohol test. In short, the State does not need the blood-alcohol test to prosecute you for a DUI.

Given the State’s ability to prosecute you without a blood-alcohol test, the refusal of a blood-alcohol test is not an assurance that you will escape prosecution of a DUI. In fact, refusal of a blood-alcohol test is worse than actually blowing an above the limit blood to alcohol reading during a traffic stop. If one refuses, he or she gets charged with both the DUI based on the officer’s observations and a separate crime for the refusal; it is in effect like being charged with two DUIs during one traffic stop. So why is this important? If the refusal of a DUI stop can be criminalized, the prosecution can strong-arm a defendant into pleading guilty by threating prosecution on both the refusal and the DUI based on the officer’s observations. Nonetheless, this whole equation falls apart if an individual has a right to refuse.

In New Jersey, the current law N.J.S.A. 39:4-50.4a still criminalizes a DUI refusal. However, the recent decision by the Kansas Supreme Court could change everything. If an individual can refuse a breathalyzer, then their case becomes much more triable based on the officer’s observations. This means more individuals could escape prosecution on the DUI convictions, and the State could no longer strong-arm individuals into blowing on breathalyzers during traffic stops. We are, however, far from that day, but the recent decision in the Kansas Supreme Court could bring change to New Jersey and other states regarding these laws.