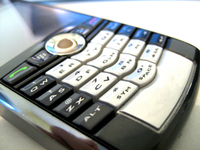 Benjamin Franklin wrote, “Those who give up their liberty for more security neither deserve liberty nor security.” That statement strikes at the heart of the recent dispute between Apple and the FBI over iphone access in a criminal investigation. In that dispute, the FBI wants Apple’s help to hack into an iphone used by one of the San Bernardino shooters. In the past, Apple has helped the FBI in criminal investigations in bypassing a built-in security system on one of its phones. This time, the phone used a later model, and it does not contain the built-in security system; therefore, the FBI is mandating that Apple help it hack into one of its own phones. Apple has refused citing numerous privacy concerns and the dangerous precedent this sets. The stage has been set for an epic legal battle between the titans of the tech age and the FBI.

So where does the law fit into all this? Very simply, it boils down what the Founding Father’s drafted in the United States Constitution. Specifically, the Fourth Amendment of the United States Constitution provides, “[t]he right of the people to be secure in their persons, houses, papers, and effects, against unreasonable search and seizures, shall not be violated, and no Warrants shall issue, but upon probable cause, supported by Oath or affirmation, and particularly describing the place to be searched, and the persons or things to be seized.” When law enforcement seek information from a private citizen or company, they are served with a subpoena if they are a non-offending third party or a search warrant if they are suspects in a criminal investigation. Legalese aside, the basic rule is that the government cannot just enter your home or seize documents without “probable cause,” i.e. good justification for entering or taking a private citizen’s property.

The Apple case is a bit more complex than a simple search warrant of a home where a criminal enterprise is possibly occurring. The FBI’s demand that Apple access information on a customer’s phone goes a step farther. It essentially requires that Apple develop a program to hack into its own phone. In effect, it is requiring Apple to break into a customer’s private property. This would be tantamount to a private home security company being asked to break into one of its customer’s homes due to suspicions of illegal activity and retrieve items for the government. This is not a simple case of turning over passwords or security codes; it is breaking and entering sanctioned by the federal law enforcement. Apple’s lawyers are correct that it places its customer’s privacy rights in serious peril when a company, charged with maintaining and guarding their customer’s privacy, must in fact hack into their customer’s own phones. That is going beyond what is required of a private entity.

In sum, it creates a dangerous and slippery slope when the FBI can turn private companies on their customers in furthering their criminal investigations. The founding fathers would be rolling in their graves if this would come to fruition. Apple is well within the right to refuse such a demand.